En route for the great plains of the Lassithi Plateau, visit the cave of Psychro, also known as the Diktean cave, named after the legend of the place of birth of the god Zeus. Return through the picturesque town of Agios Nikolaos, situated at the Mirabello gulf.

Discover some of the most beautiful parts of the east of the island. Your first stop will be the Byzantine Church of the Virgin Mary Kera (Panagia Kera) near the village of Kritsa . This church has three naves and is adorned with some of the most handsome and best preserved frescoes to be found in Crete , dating from the fourteenth century. You will see scenes from the life of Anne, mother of the Virgin Mary, together with depictions of saints and apostles and stories from the bible. The paintings are particularly well executed and are in very good condition given their age – a very special feast for the eyes!

Plateau where you will see some of the white-sailed windmills for which the area was famous in days gone by. It is a very attractive sight, a patchwork of fields surrounded by the mountains. Still a very fertile area, the plateau was, in Venetian times, one of the main wheat producing regions of the island.


You will visit the Psychro Cave , also known as the Diktean Cave , where the god Zeus was born, according to legend. Certainly, archaeologists have found evidence here which shows that the cave was a major cult centre from at least Minoan times. The stalagmites and stalagtites in the cave are well worth seeing (though we recommend that you wear walking shoes to explore the cave.)

The excursion ends with a visit to the picturesque town of Agios Nikolaos on the Gulf of Mirabello (a name given by the Ventians, meaning ‘Lovely View'). Here you will have free time to have lunch and to stroll around the town, which is built around a small lake, bottomless, according to local tales, and dramatically overhung by cliffs. 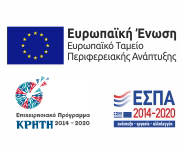